You are here: Alaska Fishing Lodges > Timeline History of the Iliamna Lake Monster 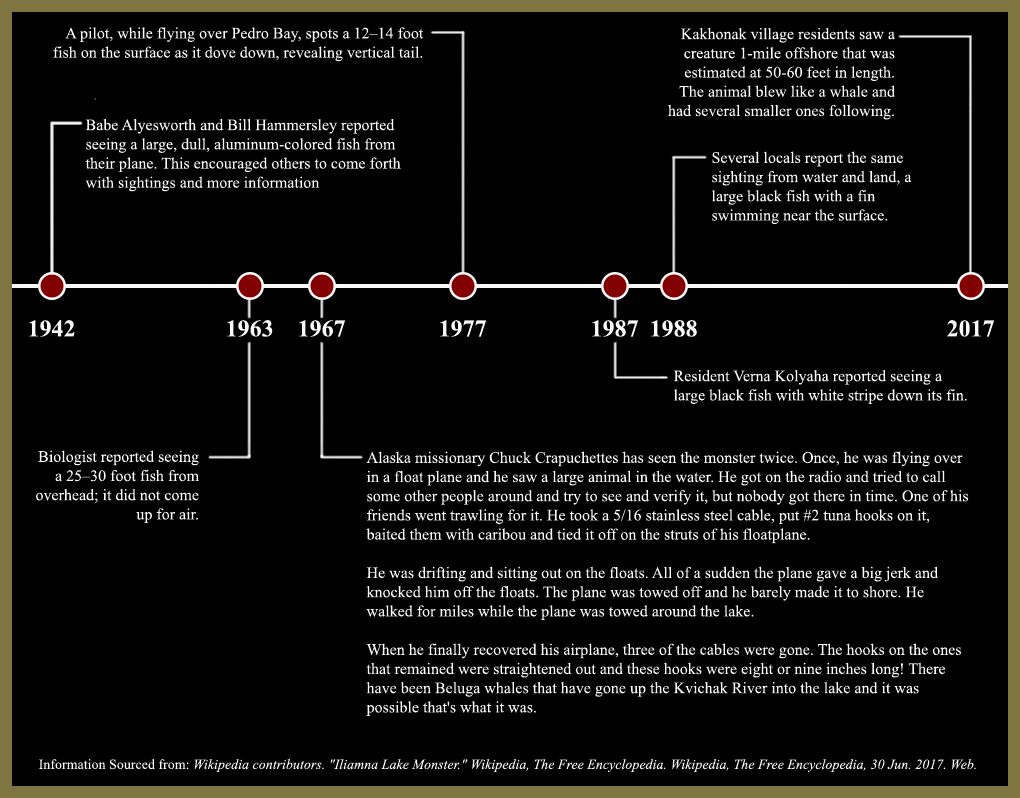 The Iliamna Lake Monster (commonly referred to as Illie) is a legend well known to the villages surrounding Lake Iliamna (Alaska’s largest lake). The tales describe a very large fish that roves the waters of Lake Iliamna. The supposed monster is said to be anywhere between 10 and 30 feet. There is currently no hard evidence proving the existence of the beast, but there have been many sightings throughout history. The timeline above shows Illie’s most notable sightings.

Many believe the Iliamna Lake Monster is a giant white sturgeon. Others have conjectured that it is a sleeper shark or merely one of the lake’s freshwater seals. The guides at Alaska Sportsman’s Lodge are pretty sure it’s just another super Rainbow Trout cruising back to the Kvichak River! 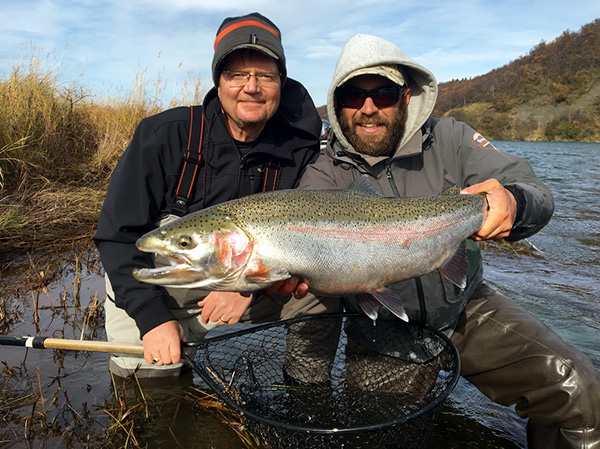 The amount of work and preparation that it takes to open at Alaska Sportsman’s Lodge each season is remarkable and can easily be overlooked by the casual guest. Every nail, every fly, every food item is shipped by air from Anchorage to the village of Igiugig, which is 4 miles upriver from the lodge. Then, the items are transported by… Read More

At the end of each season we always feel a sense of accomplishment.  This year that feeling was magnified tremendously.  We at Alaska Sportsman’s Lodge want to thank all of the clients that visited us during these trying times in the summer of 2020.  We made the choice to open up and operate starting in late June. With a lot… Read More

We are excited to share with you our latest short film produced with Fly Out Media – Hold the Line. This film is not just about amazing fishing. It is also about our intimate and humble connection to the world’s greatest salmon fishery in Bristol Bay, Alaska. Native Alaskans have lived off the salmon resource here for thousands of years…. Read More

The bounty of Bristol Bay is difficult to comprehend, even for those of us who have lived and worked in the region for decades. For people who haven’t visited Bristol Bay, it’s impossible to fully understand the importance of the salmon resource to the region. At Alaska Sportsman’s Lodge, we have a responsibility to the land, the people, and the… Read More

These are no ordinary rainbows! In this interview with veteran guide Jeff Pfaender, he chats about his experience with these ‘trout of steel’ from the Kvichak River.